A basic introduction to Muay Thai

Muay Thai also known as Thai boxing among people in the Western countries is a martial art that is more than one millennium old. This martial art relies on the use of kicks and punches performed by arms and legs. In the old writings related to Muay Thai, we can see that in the past, people have used nine basic “weapons” during fighting – head, hands, elbows, knees and feet. Modern Muay Thai, both professional and amateur, forbids the use of head. 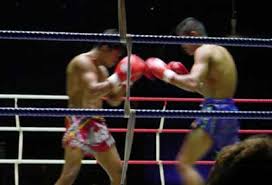 The history of Muay Thai is closely related to the migration of Thai tribe in the 12th century. This migration lasted for two centuries. Here are theories that Muay Thai was developed by Thai people during their fight against neighboring Khmers and Burmese people. What is known for sure is that Muay Thai has experienced some major changes after the World War II. The rules were modified and gloves were introduced. These changes made Muay Thai more popular among people from the rest of the world. Thai people are very proud of this traditional sport.

In the past two decades, thanks to the growing interest in fitness, people have realized that Muay Thai training can be used for fitness purposes too. The intensive training classes that seem to activate every part of the body are perfect for those who want to improve their health. This is a type of fitness activity that is suitable for people regardless of their age, gender and current physical readiness. Of course, you can train Muay Thai if you want to become a professional, but most people train Muay Thai in order to experience the health benefits.

Obviously, the best place to learn Muay Thai is Thailand – the country where this sport was invented and the country where Muay Thai is a national sport. If you are interested in learning Muay Thai in Thailand you should join a training camp. These specialized facilities have professional instructors and equipment that can help you get the maximum from each training class. Just follow the instructions and you will witness the results in a matter of days.